Cashbuild employees together with community members and CWP volunteers assisting in the repairing of the Zizameleni Pre-School.

Cashbuild and Its Partners assist the community of Katlehong

Southern Africa's leading building material retailer, Cashbuild has joined forces with its partners to assist Zizameleni Pre-School in Katlehong with much needed renovations. The Pre-School received a major boost to its infrastructure when Cashbuild donated building material to the learning centre for its improvements. Cashbuild took their assistance to the school a step further and contracted Meko and Sons Construction, a Katlehong based Construction Company to carry-out extensive work on the property. The pre-school which accommodates 88 children from poor background has been in existence since 1976.

Its infrastructure is dilapidated and 80% of ablution facilities dysfunctional. On the 30th of July, a month dedicated to honouring the memory of International icon Nelson Mandela, Cashbuild was onsite at Zizameleni assisting in the renovations and improvement of this education facility. The extensive work included installation of the palisade fence, repairing of ablution facilities, and extensive painting work across the facility. Head of Community Support Initiatives at Cashbuild, Thembelani Tukwayo says the company takes great pride in being involved in such community projects.

"As a company we believe in education and to date we have spent well over R35 million to schools across South Africa mainly in areas where we trade. There is no better way to honour Mandela than to ensure that 88 children of Zizameleni here in Tshongweni will learn in a proper facility with functioning toilets, a facility that will now boost a palisade fencing to protect the kids from harm coming from outside." Community leader and Founder of Phinda-Mzala a local NGO, David Mahlaba who coordinated the project on behalf of the community was elated that this project could become a reality.

"We are very happy as an organisation and this is going to benefit mostly the kids who are at this pre-school. We have been worried and concerned for a while now but due to lack of funds we have been unable to afford the material to assist this school. Remember that this school serves mostly the very disadvantage community and it's difficult to raise the funds that are needed for projects like this," said Mr Mahlaba. Mr Tukwayo was onsite together with Cashbuild employees to assist with the renovations. "South Africa is going through many challenges and I think it's important that as a corporate we are able to assist people who are working on improving the conditions of our community and we are happy that we were able to support his Pre-School," said Tukwayo. "As Cashbuild we see our self as a resident in communities where we trade and our attitude is to take community issues at heart and this is a demonstration of that." 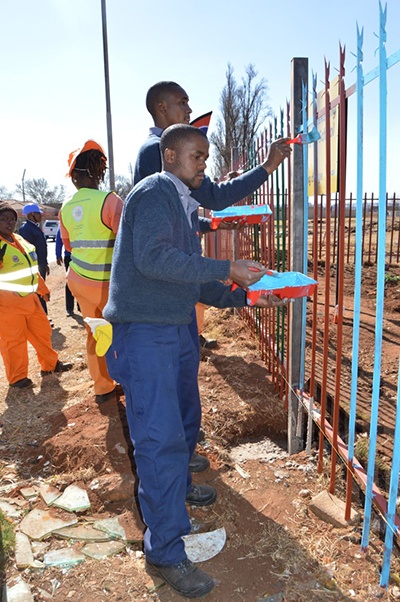 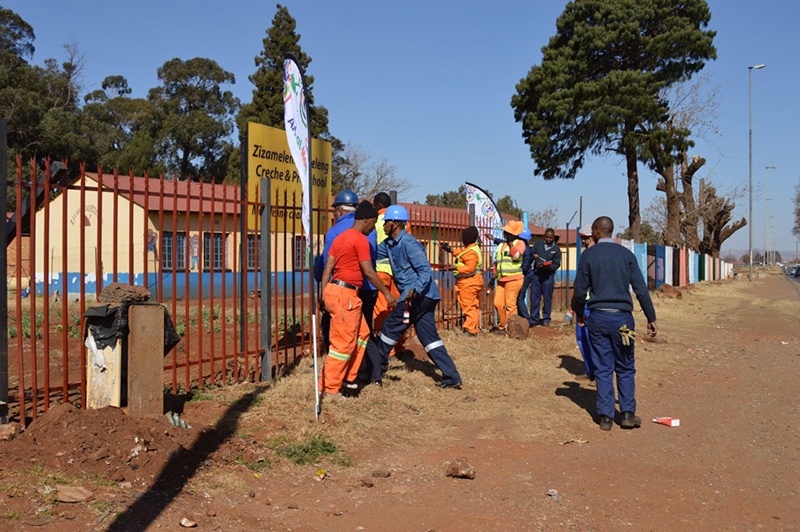 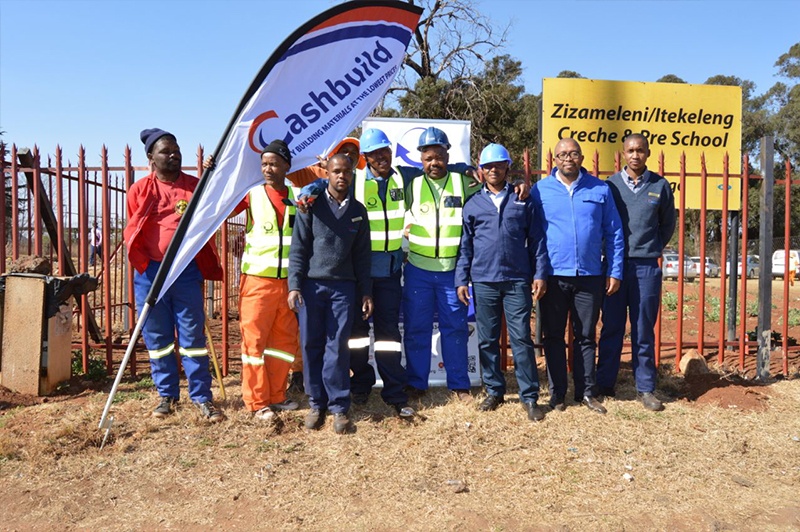